I write a monthly article for the Irish Shooters Digest and this one featured in the October 2012 edition.

Since visiting the CLA for the first time in 2010 we had planned a return visit and 2012 was to be the year.

This time, on my younger son Colm’s insistence, we had decided to take the family car which was to be almost empty
travelling out and full on the way home.

We were going to spend a small fortune on all sorts of game keeping equipment and shooting accessories such as decoys etc. I had planned to have a serious look at a new side by side shotgun since the present Brno is getting very old and the selection of new pieces on gunmakers row would surely yield something worthwhile.

I have never owned a new shotgun and decided that the time had come to purchase a new gun which would probably
see me out.

Plans were made for some time with the  ferry and hotel booked and paid for well in advance and so it was such a huge disappointment to hear a few days before we set sail, that the largest game fair in the UK had been cancelled due to the weather conditions the previous week. The continuous rain had taken its toll on the grounds which left the organisers with no choice but to cancel.

Well, with the hotel  paid for, we decided to travel anyway to this part of Lecistershire and hoped that we would find other ways of passing the time.

Our hotel was about 30 minutes drive from Birmingham city centre and, of course, my wife decided that a day’s
shopping here would be most enjoyable for all of us. She had mentioned to me about an area that would be of interest and with a name like ‘The Bull Ring’ I assumed that I was visiting some sort of old and historic arena that was used for bull fighting years ago. I had never associated Birmingham or Britain with bull fighting nor did I give this any second thoughts at the time. Well I soon realised that I had been had due to my lack of knowledge about shops and shopping and that the nearest I would come to a bull here would be to that sculpture of one right outside a huge and apparently well renowned shopping mall called ‘The Bull Ring.’ There are many conflicting stories
as to where the name came from but apparently at one time it was actually used for a form of bull baiting which was
common in Britain in olden times.

Later that evening while relaxing and exhausted from shopping, I was flicking through the pages of the Shooting Times when I came upon an article about Birmingham’s famous Gun Quarter. I had often read about this area but knew very little about it other than its great reputation. The article was dedicated to and written about Tony Treadwell who was one of those passionate people that campaigned to save what was left of the Gun Quarter. Birmingham City Council had decided to change the name of the Gun Quarter because of some silly petition signed by a handful of people who took offence to the word ‘gun.’

This is the same council that tried to ban Christmas in Birmingham a few years ago because of the offence that it caused to a few non-believers. This area has been associated with the gun trade since 1643 without any issues or objections. Tony, with a few volunteers, organised a counter petition comprising 5000 signatures to keep the name as it was. He campaigned and lobbied successfully to keep the name but unfortunately he died of cancer a short time later. An information plaque giving a brief history of the Gun Quarter was erected in that area of Birmingham dedicated to Tony’s memory and his battle to save the Gun Quarter. It was such a coincidence to be so close to Birmingham while reading this article that a visit was compulsory. Most of the gunmakers seemed to be located in Price Street according to the internet and so this was to be our first stop. Birmingham’s proof house and gun museum along with a few gun shops were also on our list while here.

According to the internet a visit to the Proof House had to be pre-booked but this could only be done by phone. It was Saturday and they were closed with no one answering the phone and with no e-mail address on their web page, we postponed this trip until Monday morning. A guided tour was advertised provided you had a minimum of four which we had. On Monday morning I phoned the Proof House only to be told that I should have given a week’s notice and that the minimum number of people required for the tour was now 10. I asked the lady on the phone if she could make an exception for us Irish visitors and told her that there was possibility of a mention in Ireland’s best selling shooting magazine. I asked her to phone the powers that be which she did but all to no avail. Apparently the Proof House is run by trustees and understandably they are not available every day but still they could have made a bit of an effort to accommodate us anyway.

I am told that the Proof House is still very functional today and is one of the last two remaining proof houses in Britain. After that disappointing start we made our way to Price Street where we soon found that information plaque. This once thriving area is now almost derelict with not even one gun shop in the area. In fact there seems to be only one shop selling guns in the whole of Birmingham city. At its peak there were many thousands of people working in the gun trade in Birmingham. In 1803 there were 14,000 guns per week being manufactured from here for distribution all over the world. This section of Birmingham gave employment and a good living to a huge section of the city’s population. In 1868 there were 578 gunmaking firms in Birmingham. During these early years there many wars being fought and guns were always in demand. In the 18th century 150,000 lower quality guns were sent to the slave trade every year.

The Bull public house situated in the heart of the gun quarter, which incidentally is run by a lady from Mullingar, is still going strong and has a long history of association with the gun trade. It was here that many employees would get paid on Fridays with the usual results of course. The walls of this pub still carry many amusing and interesting photographs and tales from an era that will never return. All that remains now of a once vibrant industry is a handful of dedicated die hard craftsmen – all working from within this small street. The first man I met was gunsmith Malcolm Cruxton who was busy at work but made time to talk to us. Almost retired now and enjoying a few months holidays every year, he has made a good living here from making guns to carrying out repairs. He really does not see much future for the Gun Quarter mainly because there are not any young people with the interest or patience to learn the trade. He did have a few trainees from time to time but none of them dedicated enough to continue. While there he tried to sell me a beautiful secondhand Webley and Scott side by side. Costing around £1400.00, it was one of a kind with a unique feature in its mechanism. I must admit I was tempted.

All these craftsmen had their own speciality and often when a gun came in to one of them for repairs it would end up passing through a few of their hands for different adjustments and tasks. Many neglected good quality guns in for repairs would need their barrels cleaned or blueing as it is known in the trade and this would be done by a craftsman who specialises in this. The gun repairs would then be carried out by another one or maybe two different people and finally the engraving would need to be done by one who served his time to this trade such as Philip Duffill.

Philip spent 3 years learning the engraving trade and again does not hold out much hope for any newcomers to the
business. I can’t say I blame them when he told me that he spent most of his first year apprenticeship drawing lines on screws for the various gun parts. The young today would not have the patience for that he said, adding that they would not be prepared to give the time required to learn a trade like this even though the rewards would still be pretty good.

Speaking to the famous Knocklofty gunsmith Gerry Gearon in his workshop in Tipperary recently he told me that it was in the Gun Quarter in Birmingham that he served his time many years ago. Although I was disappointed at the cancellation of the CLA and very disappointed about not getting to visit the Birmingham’s Proof House and Museum it was still an interesting and informative morning at the Gun Quarter. I do hope that the remaining tenants
and those that campaigned with Tony Treadwell will come together again and make an effort get a good gun dealer and some fieldsports associated shops back there again. On the plus side it is very easily accessible, has plenty of parking and is within walking distance of the city centre. If something is not done very soon there will not be any replacements for  these last remaining brilliant craftsmen. 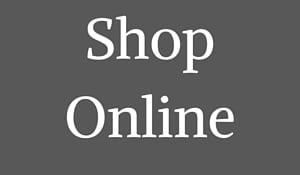 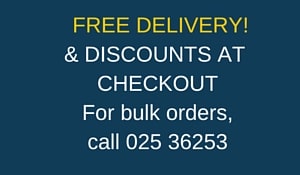